A downloadable game for Windows and macOS

You are in Jackson Forest, living inside of an abandoned school bus. You have the feeling that you are not alone, as if someone is right next to you. Uncover the story behind what happened in the forest, and unveil the story behind The Watcher. Be careful, you never know when he's standing right behind you.

We just wanted to say thank you to you all. For something that was made in roughly 48 hours, we had no idea that we would make a game that many people love, and that some would even make videos of. That blows our mind. Thank you to everyone who downloaded. Thank you for all the feedback you have given, and most of all, thank you for playing our game! With that said I do have an announcement. Due to the success of The Watcher, we have decided to not only put more time into it, but  to re-create it to its full potential. You can expect there to be many differences, as if it is a completely different game. With 48 hours to make The Watcher, many of our ideas had to be thrown away just because of the amount of time we were given, but now we have no time restriction, and so we can make the game how it was originally meant to be. This game will be completed during the summer.

Use WASD to move and Mouse to look around. Hold Shift to spring and Control to crouch. Toggle your flashlight with F.

After completing an objective, return to your bed in the Bus.

- Turn Around, Look at Me (The Vogues)

Trees and ground textures can be found in the Unity Asset Store. They are Unity's property.  Water as well.

All other assets were made by us (The bus, any anything inside of the bus besides the Switchfoot albums/How to Train your Dragon DvDs, and Old Gregg from the Mighty Boosh on the TV).

Made during a Game Jam 2020. Thanks for checking it out!

Download the correct folder depending on the system you are using.

I made a video on this but my recording messed up! None the less this was a AMAZING horror game. It kept me on edge the entire time with the atmosphere the ambiance, The dreaded feeling. Everything about this oozed horror and it was amazing from the start with how horriying it was!

Let me start by saying, well done with this game. the production value was pretty high and the assets in the bus, initially I thought they were purchased but looks like you guys created it all. Great job! There were a few things that could be improved, both story wise (such as randomly find bread) and the game but otherwise great effort.

Pros and cons are down below) Check out my vid (the game is the 2d there):

1. A very interesting concept of the monster not actually seeing you without the light. I like that you feel tension using your flashlight.

2. I adore that there are lots of areas in the woods that contain notes or newspaper articles or just places that are not important to visit for progressing. Still, it makes the forest seem more finished and interesting.

3. The progression of the game is interesting. Your little tasks with main character's commentary on them. Makes the game involving.

1. There are some bugs here and there: you can go through the boxes in your bus, the watcher can get you while you are inside the bus.

2. I don't believe that you can find bread lying around the woods. Or that you would find and actually use some filthy old bottle lying next to the river. Maybe it would be nice to change the subjects or to add more commentary on them like "I washed it in the river" or smth else.

3. You can go to the watcher when he is supposed to be on the other side of the river which makes the next (after the bottle) task kinda strange. It is not a bug but I didn't like that)

The game needs a bit more polish but I enjoyed it nevertheless! I think you have dona a great job and the ending made me smile) Very topical and funny at the same time ahah

Hope my feedback was useful!

For a game that was made in 48 hours, this was great! I really liked the atmosphere and you did a good job of creating the creepy feeling of being watched when being away from the bus. Nicely done Zaidis!

I'm glad you enjoyed! Thank you for your feedback.

Hello! I played your game and I even uploaded a video on it. It really scared me for no reason ( I get easily scared) I hope you enjoy this video as much as I enjoyed your game! Consider me a fan! Don’t stop what you’re doing!!

Thanks so much! I'm glad you enjoyed.

Hi, you said that your game is als for macOS available but when I try to open the game, it says that the file it cannot be opened. Why? For what macOS can I play your game? thank you in advance

Thanks for letting us know about the issue. We'll look into it.

Pretty cool game.  Online downside of it IMO is the footsteps noise.  I think something more subtle would add to the creepiness of walking in the woods at night

Definatly the best game on this 3 new horror games video I made found it quite creepy at times.

Thank you for playing! I'm glad you thought it was creepy.

hi, big thx for the game. greetings from rosti

i literally died when i heard the bottle scream lol

Reply
chanceonmars2 years ago(+1)
hey guys, this game was fun and i enjoyed playing it on my channel. i hope you and the rest of Ichio gang enjoy watching this video, stay safe
Reply
emmamuelyankyerah202 years ago(+1)

Pretty creepy, and aside from some issues I had with the Watcher's spawn a good time.

Thank you for playing! Yeah we definitely did not have enough time to add in everything that we wanted to in this game (such as fixing the Watcher going through the bus). We will take sometime in the future to take care of these issues, now that the game jam is over.

This game is gooooooooooooood! I loved it, sorry for the mega rage quit at the end, the game crashed XD

still I will go back and finish it sometime.

I hope you enjoy!

I'm so glad you enjoyed it!

Nice ambiance in the game, definitely got us spooked on the third section

Thank you for playing! 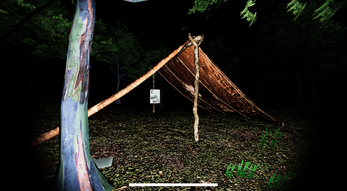 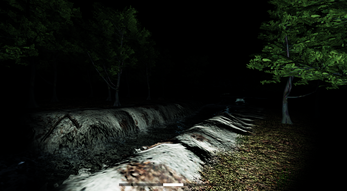 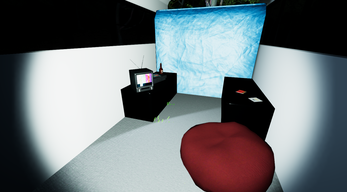 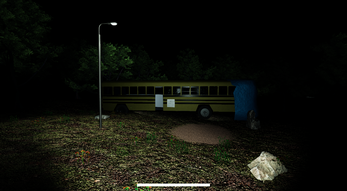