A downloadable game for Windows and macOS

You are an elf working in Santa's workshop. Help Santa pack presents and repack presents that were poorly packed! Watch out, you may not want to make too many mistakes... However, enjoy the comfort of your little work area!

DragonExplosion189 days ago
Hi there, I am DragonExplosion and I am a Youtuber. If you like my videos, please leave a like and subscribe at my channel.

I remember playing a similar game to this and at first, I was really interested in the game, making toys, wrapping presents and sending them out but eventually, it felt like the game was heading nowhere where even though you get the orders correct, some of them will be noted as being incorrect, causing the doomsday clock to get closer and closer to doomsday.

However, I got bored of making the gifts after 20mins and just went ahead to unleash doomsday upon myself. I was kinda disappointed at what doomsday was like when an elf with two long green sticks appeared to kill me. As a horror game, definitely more could have been done to scare the player and make the player fail uncontrollably rather than slowly. It felt as though the ending of the game is so far away that I, myself, as the player, gets tired of playing the game and wants to seek for and ending as soon as possible. More variety could have been added to make the process of the game more fun and horrifying.

Thank you for reading my comment and I wish you good luck in your future endeavours.

Thank you for playing! I do agree, and I wish I had more time to make the game more..."horrifying?" I'd definitely start with the model I used.

Found some game breaking bugs, I apologize. Had to fix them real quick but its back up now

just add some updates it will be nice

so you got new follower 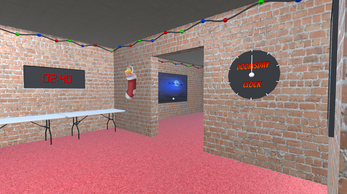 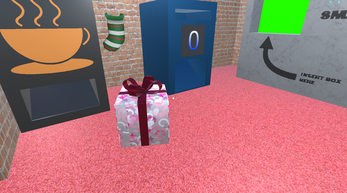 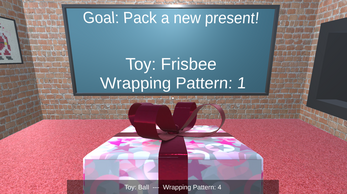